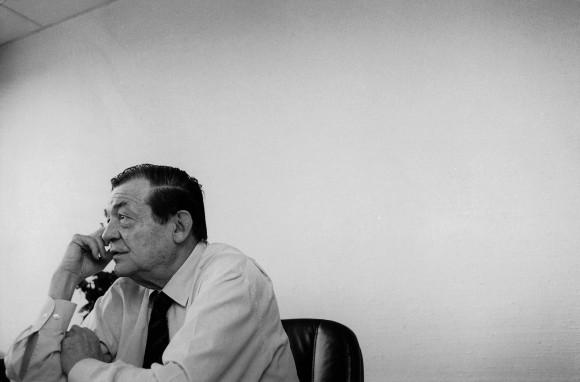 The founder of SDBI – Stiftung der Deutschen Bekleidungsindustrie (German Fashion Industry Foundation) – Prof. h.c. Dr.-Ing. h.c. Klaus Steilmann (1929 – 2009) was a personality with great influence on the German economy. Here in Germany he was better known to many as President of the Football Association “SG Wattenscheid 09”. Under the motto “Fashion for the Masses, not Millionaires”, his company, founded in 1958, grew quickly – and established itself as Europe’s largest fashion manufacturer in the mid-Eighties. In 1991, at its peak, the Steilmann Group employed 18,000 people and posted sales of 1.88 billion Deutsche Mark. Klaus Steilmann supplied large retail chains like C&A, Peek&Cloppenburg, Karstadt, Kaufhof and Marks & Spencer, but also sold fashions under his own name. He collaborated with Karl Lagerfeld. In 1999 Klaus Steilmann withdrew from the position of company chairman. Facing insolvency in 2006, the Steilmann Group was acquired by the Italian fashion syndicate Radici.

Demanding Personality
Klaus Steilmann was a role model and a genuine entrepreneur. His demanding personality not only influenced his own company, but had an impact way beyond. He strove to create a fusion of economy, ecology and social awareness, and supported first class education and development opportunities. Klaus Steilmann was convinced that society also needs people who swim against the current. His credo: “Society does not have responsibility for its people; people are responsible for their society”.

Fostering A New Generation
In 1978 Klaus Steilmann founded the Stiftung der Deutschen Bekleidungsindustrie (German Fashion Industry Foundation) with the goal to foster underprivileged and talented young fashion designers. Since then SDBI has offered many young people an opportunity to grow in this demanding industry that was so important to Klaus Steilmann. Klaus Steilmann’s work went way beyond his original goals, and still has an enduring impact on the further development of fashions, allowing us to experience the resulting inspiration today and in the future. In addition to his activity at SDBI, in 1990 he began to work closely with scientific institutions on industrial policies, ecological and economical issues. He became involved in the University of Witten-Herdecke and the Center of Entrepreneurship and Management Development Moscow’s Lomonossov University. In addition, Klaus Steilmann was very understanding and supported a number of people who approached him directly; he even provided for a Master’s degree at the Central Saint Martins College of Art and Design in London.

Sustainable Fashion
Acting on personal conviction, Klaus Steilmann began to work on system-overlapping and networked solutions to reduce the environmental impact of his companies in 1989. This included the development of ecological quality standards, an environmental management concept, eco-audits, worldwide retraining of suppliers, products sourced from pesticide-free wool, chlorine-free viscose and hemp, the “Fun in the Sun” collection with proven UV-protection, the eco-friendly collection “Britta Steilmann – It’s one world”, and more. Once again, Klaus Steilmann’s goal was not to produce eco-friendly apparel for millionaires, but healthy and sustainable fashions for the masses. In addition, Klaus Steilmann bestowed the academic chair for environmental policy at the Private University of Witten-Herdecke, and founded the Klaus Steilmann Institute for Innovation and Ecology (Klaus Steilmann Institut für Innovation und Umwelt) in 1991. A number of studies, such as on bio-degradable apparel, or research projects like “Von der Ökonische zum ökologischen Massenmarkt – Ecological Mass Textiles” (focusing on the development of ecologically optimized polyester) were performed. Furthermore, he applied his influence as the President of the European Largest Textile and Apparel Companies (ELTAC) and later EURATEX (The European Apparel and Textile Organisation) to develop and enforce environmental standards. This makes Klaus Steilmann – together with Heinz Hess (Hess Nature) and Dr. Michael Otto (Otto-Group) – one of our country’s most influential pioneers working to create a sustainable economy and establishing the necessary global foundations.

Klaus Steilmann received a number of awards in honor of his work:
1977 Fashion Award of the City of Munich
1984 Order of Merit of the Federal Republic of Germany
1992 Induction in the Club of Rome
1993 Honorary Doctorate University of Witten-Herdecke
1994 Honorary Recipient of the German Culture Award
1999 German Environmental Award

Klaus Steilmann — the winner of the Fashion Award 1977

City of Munich – Fashion Week Director Alfred Wurm introduced the winner of the Fashion Award 1977 presented by the Bavarian capital, Klaus Steilmann, to the press as a prototype for a modern entrepreneur, setting international, trendsetting standards for the apparel industry and successfully producing fashions for consumers with modest income.

According to the words of Mayor Gittel, the social component in Steilmann’s business concept was the deciding factor for the presentation of the award, held by the City of Munich for the 10th time. Munich’s city council, acting as the selection committee, unanimously voted for Steilmann. Textile retail also collectively agreed with the decision. As commented by Otto Büchler, the association’s president, Klaus Steilmann has always provided retail with new ideas thanks to quick-thinking fashion inspiration. This presented the completion of a circle for Klaus Steilmann, as his major breakthrough had happened in Munich many years ago.  When interviewed by journalists, he explained that he never had the ambition to become one of the initiators of fashion, but rather to take into account what consumers wanted. His seven companies and 23 plants strive to find a consistent message while offering a varied product portfolio.
Thanks to closely involving his management employees and their above-average contribution in the business group’s success he was able to fuse them into an enthusiastic team willing and able to create market-friendly collections. In 1961 he began to share 25% of profits with his commercial employees. The benefits are determined by personal performance and attendance.
Orders placed in low-cost countries have only a limited significance in Steilmann’s concept. They are used to complement the product selection in the lower price ranges and account for about 10% of total revenues. Steilmann uses suppliers in third-world countries only if it qualifies as “safe fashions”.
This year Klaus Steilmann expects overall revenue totaling 380 million Deutsche Mark and a price increase of about 4%. He believes that his plants will be working to capacity until the end of November. Following an investment of 5 million Deutsche Mark the year before, he is planning to invest close to 4 million in 1977. 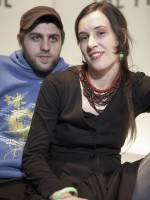 FASH 2007
The Fine Art of Travelling 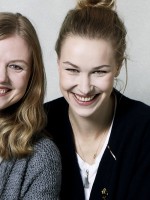 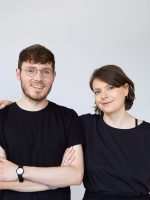